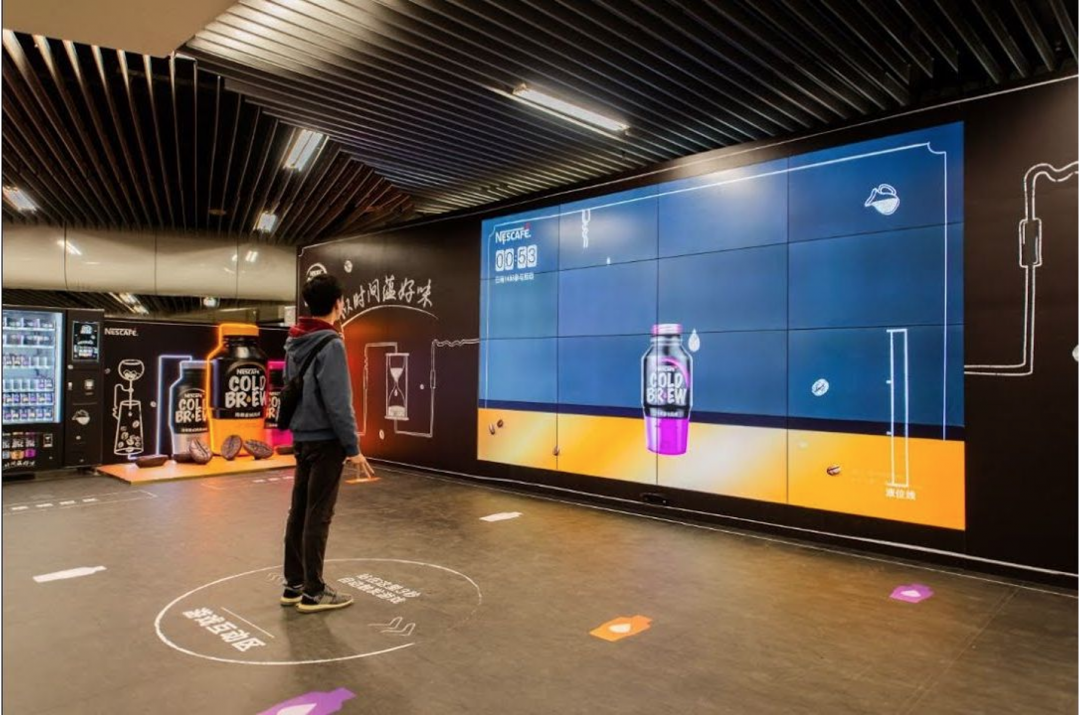 In 2019, passengers of the Shanghai metro could experience an interesting and revolutionary concept in advertising. Nescafe was marketing a new line of bottled cold brew coffee with a simple yet fun 2D video game projected onto the wall. A person could come up to the wall, a nearby camera captured their movements and by moving from side to side, they could control the Cold Brew coffee bottle on the digital screen and fill it with drops of coffee. If they collected enough drops in 30 seconds, successful participants received a QR code onto their phones which they could use to get a free bottle of Cold Brew coffee from a nearby vending machine.

A brief history of interactive ads

For the vast majority of advertising’s history, the relationship between ad and audience has been one-way. The ad provided information to a passive audience, with the intention of marketing a product or a service, or raising awareness about an issue. The person viewing the ad could either notice it or not - there was no potential for interaction.

This changed with the beginning of interactive advertisement in the 1950s and 60s, when the San Francisco ad man Howard Gossage began pursuing interactivity in his ads. Note that this was decades before the advent of digital, and so Gossage had to come up with some simple but clever tricks to engage the viewers of his ads - his ads provoked responses from audiences, whether they were direct or indirect, and promoted community-building through shared interests. As Gossage himself said, “an ad should ideally be like one end of an interesting conversation”.

Gossage’s interactive ads were ahead of his time, and for the next 30 years, little attention was paid to interactivity in ads. It was not until the emergence of digital technologies in advertising that interactivity became the standard. For instance, fully-playable video games known as advergames were produced throughout the 1980 and 1990s for a variety of clients including Pepsi, 7UP, the NFL and Burger King. This trend continued into the 2000s as internet-based advertisement took hold, morphing into free-to-play video games in which the user is essentially the product, as their exposure to advertising content was the ‘price’ they paid for playing the games.

The technology behind interactive ads

The most intriguing form of interactive ads are created when we apply digital technologies to conventional outdoor ads. With the proliferation of digital screens and touchscreens, outdoor ads can now be interacted with, their content changed, played with, customized and so on. Viewers can do so by simply coming up to the screen and using their cell phones (usually via QR codes or apps) or fingers (on touchscreens).

QR codes and smartphones are two of the most important technological advancements that have opened the doors for interactive outdoor ads. Today, about 3.8 billion people (48% of the global population) own a smartphone. Equipped with a QR code app, a smartphone owner can quickly and easily scan codes that enable interaction with interactive DOOH ads.

Some interactions offer rewards that can be accessed via a QR code. As we mentioned earlier in the case of the Shanghai Nescafe Cold Brew game, QR codes can be used as proof of interaction and scanned by vending machines or other devices that give out rewards. The same concept can also be utilized via NFC technology. Alternatively, a QR code can link to a special website or app that provides a digital reward.

In other cases, QR codes can be used to access an interface that customizes the ad itself. An interesting concept by Olympe showcased this potential by creating a fictional musical instruments company that produced custom-made guitars. Once accessed via a QR code, viewers could change the body and the neck of the displayed guitar, as well as rotate it 360 degrees. The smartphone’s screen acted as the controller interface while the digital screen displayed the changes.

1. Ads with a repertoire of interactions

Some are ‘interactive’ only in the sense that they interact with the audience based on their age, gender, facial expressions or so on. Such ads use a large repertoire of animations and sounds that they cleverly select to give the illusion of creating a custom-made interaction with the customer.

A good example of that is a 2018 GMC ad that featured an amusing car salesman who had a repertoire of 30 pre-recorded videos, deploying them based on the demographics of the audience and their facial expressions. The light-hearted nature of the videos tended to elicit smiles and laughter from the audience, which prompted reactions

Other ads make use of video capture technology to show the viewer in their own ad - for instance, how good they’d look wearing glasses from an eyewear company. On the reverse, a company performing LASIK surgery used a camera-equipped screen to detect audience members with glasses and then digitally removing their eyewear to show how they’d look if they undertook eye treatment.

Alternatively, the camera can be pointed away from the viewer so that it ‘shows’ what is on the other side, with various objects added in digitally. BBC Earth did this in Oslo, animating  various wild animals digitally to create the illusion that penguins, snakes and other exotic animals were on the other side of the bus stop.

Others are truly interactive by allowing people to manipulate the displayed content - for instance, uploading their own selfies to a campaign promoting natural beauty, or, as was the case with the Olympe ad, customizing the product that is displayed to create something they would want to own.

Then there are ads that feature a game or a challenge. Right now, digital signage is only used for very simple on-screen games that are conceptually similar to games produced 30 years ago, either tracking the viewer’s movements or allowing them to play by touching the screen. However, there is nothing stopping coders from creating more complex and sophisticated games in the future, games that will be so fun and engaging for viewers that they will essentially forget that they are interacting with an ad.

Interactive DOOH ads have much better engagement, obviously, but less known is the fact that they also are much more impactful than conventional passive ads. According to a study by Ultraleap, Interactive DOOH ads produce twice as many conversions as static DOOH ads, and they also have a 21% larger dwell time. Viewers spend 50% more time viewing interactive ads as opposed to static ones, and they are also 52% better at raising brand awareness.

Where
to find us 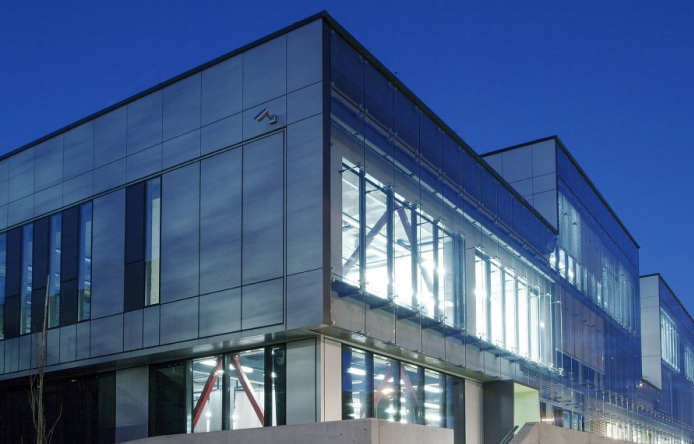 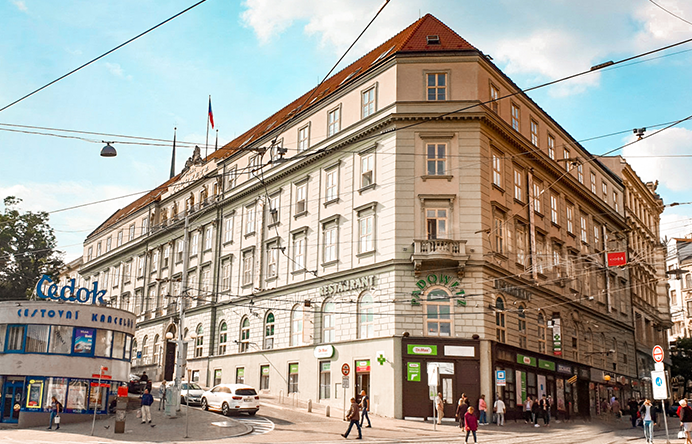